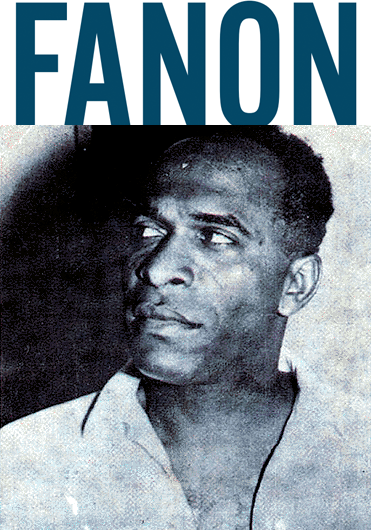 With deft analysis and radical fervor, Frantz Fanon (1925-1961) was the patron saint of the revolutionary movements of the global south. As a psychiatrist and writer he played a key part in the liberation of Algeria. His seminal work Wretched of the Earth is still considered “The Handbook of Black Revolution” and influenced everyone from the Black Panthers to cultural workers like film maker Gillo Pontecorvo, Marlon Riggs and bell hooks.

We will read Black Skin, White Masks along with the works of Richard Wright, Karl Marx, bell hooks, G.W.F Hegel and Amiri Baraka. In addition to our reading, this group will be charged with producing their own written reflections and will present at a public symposium to take place in late 2014 or early 2015.

Kazembe Balagun has a BA in Philosophy and Black Studies from Hunter College/CUNY and a MS in Education from Pace University. He has been featured in Time Out New York, The UK Guardian, German Public Radio and the New York Times and contributed “We Be Reading Marx Where We From” to the critically acclaimed anthology Imagine: Living in a Socialist USA. As a cultural activist he has continually sought to create intersections between Marxism, queer theory, feminism and Black liberation movements. He works as Project Manager at the Rosa Luxemburg Stiftung, New York Office.